We are a welcoming community of faith built around a strong belief in a powerful and loving God made known to us in Jesus Christ. Our faith tradition is based on the life-transforming story of Jesus Christ and his boundless love for all people of the world. Through worship, education, and service, we practice our faith, grow in our relationship with God, and experience God’s grace in our daily lives through the presence of the Holy Spirit. In today’s complex world, we put our faith into action to make a difference in practical, realistic ways, bringing relief to the disadvantaged and those who suffer. As a member congregation of the Evangelical Lutheran Church in America with 300 baptized members, we are one of nearly 10,500 congregations comprising nearly five million members across the US.

We are a member of the Texas-Louisiana Gulf Coast Synod, a group of 126 Lutheran congregations in Houston, New Orleans, and surrounding areas of the Gulf coast, working together to train and call pastors, send missionaries, respond to disasters, help congregations in conflict, provide for campus ministries, and much more.

What do Lutherans believe?

St. Paul Lutheran Church was established in 1957 through the Texas-Louisiana Synod of the United Lutheran Church in America.  The Rev. Harry M. Rohwer, Jr. was sent to organize the mission, along with his wife, Jane.  The first interest meeting, with 17 families represented, was held on October 24, 1957, at the pastor's home on Thurman Drive in Baton Rouge, LA.  Dr. R. Lesher, president of the TX-LA Synod, explained the organizational procedure.  A steering committee was formed.  In November, the name of the new mission was chosen:  St Paul Evangelical Lutheran Church.  Forty-six adults and children attended the first worship service which was held at Goodwood Elementary School on December 1, 1957.  A portable altar and pulpit lectern were fashioned and a cross and offering plates were gifts from a Lafayette-New Iberia congregation.  The first Holy Communion service was celebrated on December 22, 1957, and the first Lenten service was held on Ash Wednesday, February 19, 1958.  In November 1958, the choir program was instituted under the direction of Ms. Ilda Schriefer, and the choir sang for the first time at the Thanksgiving service. Throughout 1958 there were various charter signings until sufficient membership permitted the mission to become an official congregation.  The organizational service was held on December 14, 1958, with a total of 102 baptized members, including 56 confirmed members representing 29 families. The congregation called Pastor Rohwer.  The constitution was adopted, and the first church council was elected.  Pastor Rohwer was officially installed in August 1959 and served for two years.

In June 1960, land at Goodwood Boulevard and E. Airport Drive was purchased and renovations were made to the existing house on the site to enable the congregation to hold services there beginning in December 1960.  In January 1962, Pastor David Cooper was installed as pastor and groundbreaking ceremonies were held for a new sanctuary and education building.  Consecration of the new church was held on September 16, 1962.  A youth choir was formed, which was later divided into a children's choir and a youth choir.

In February 1970, Rev. Frank Kirchner was installed as the third pastor of St. Paul, and he led the congregation through a period of extensive growth.  In 1975, the congregation acquired its present site on Tara Blvd. at Old Hammond Highway.  Architect John Desmond was engaged to design the building complex, and the sanctuary, administrative building, and multipurpose educational building were completed in 1976.  Synod dignitaries and former pastors attended the first worship service as the new building was dedicated in September 1976.  Baton Rouge artist Adalie Brent had been commissioned to design the beautiful leaded glass windows for the new building. During the 1970s the church began to sponsor twice-yearly blood drives, a ministry which continues today.

In 1980, several families from St Paul left to form the Lutheran Church of Our Saviour, another ELCA congregation in the rapidly growing southeastern part of the city.

In 1985, additional space was designed for the congregation's expanding activities.  Renovation

of existing structures and the addition of a fellowship hall increased our total area to over 13,000 sq. ft. During construction, Rev. James Stern was installed, and he served as pastor until May 1992.

From May 1992 to January 1993, the congregation was richly blessed with the energetic presence of Interim Pastor Herbert C. Peterson.  From February 1993 to September 1997, the Rev. John R. Bade served as pastor.  During these years, the work of committees was stimulated, membership gradually increased, talents were tapped and meaningful worship, Bible study, and education opportunities for all ages were established.  Choral music was enhanced through affiliations with LSU music faculty and students. During the 1990s our WELCA group began holding an annual Mother's Day Tea, a tradition that has continued for more than 25 years.

In July 1998, Rev. Stanley Eckerman was installed as pastor. His decade-long tenure was marked with significant outreach ministries such as the message sign, collaboration with Elm Grove Baptist Church, and increased Campus Ministry at LSU.  Also, a handbell choir was initiated.

In November 2010, Rev. Michael Button was installed as pastor.  During his ten years at St Paul, the church deepened its mission outreach. Pastor Button took members on mission trips to Peru, and the church provided meaningful financial support for our missions and missionaries in the Central African Republic, including support for spring boxes for clean water, roofs for schoolhouses, veterinary services, mosquito netting, and purchase of a motorcycle for pastors.  In our own community, mission outreach included serving the Greater Baton Rouge Food Bank, the Holy Grill, Capital Elementary School, and Lutheran Campus Ministry.  In the aftermath of the devastating area floods of 2016, St Paul partnered with nearby First Christian Church and Tara Civic Association to provide nightly hot meals in our Fellowship Hall to anyone in the community for several weeks.  After Hurricane Harvey, St Paul members helped clean out flooded homes in the Houston area.  We provided supplies, food, and bottled water to Lake Charles victims of Hurricane Laura in the Fall of 2020.

In 2019, the congregation voted to renovate our education building to form St. Paul Early Learning Center.  The center became fully licensed in April 2021, with space for forty children aged 6 weeks to five years.

Pastor Button led us into the digital age, with the installation of projectors and screens in the sanctuary and fellowship hall.  The screens allowed meaningful images and beautiful artwork to be included in our services, which greatly enriched our worship.  During his tenure, two mental health symposia were held involving local community agencies.  CPR classes were also held, along with the installation of an AED machine in the church narthex.  When the church had to suspend in-person worship in March 2020 because of the coronavirus pandemic, Pastor Button and Administrative Assistant Suzanne Blanchard quickly advanced to video production and were able to provide beautiful weekly online worship services and a weekly online fellowship meeting on Zoom.  Pastor Button retired in November 2020, after ten years of inspired leadership, teaching, and deeply meaningful preaching and worship. 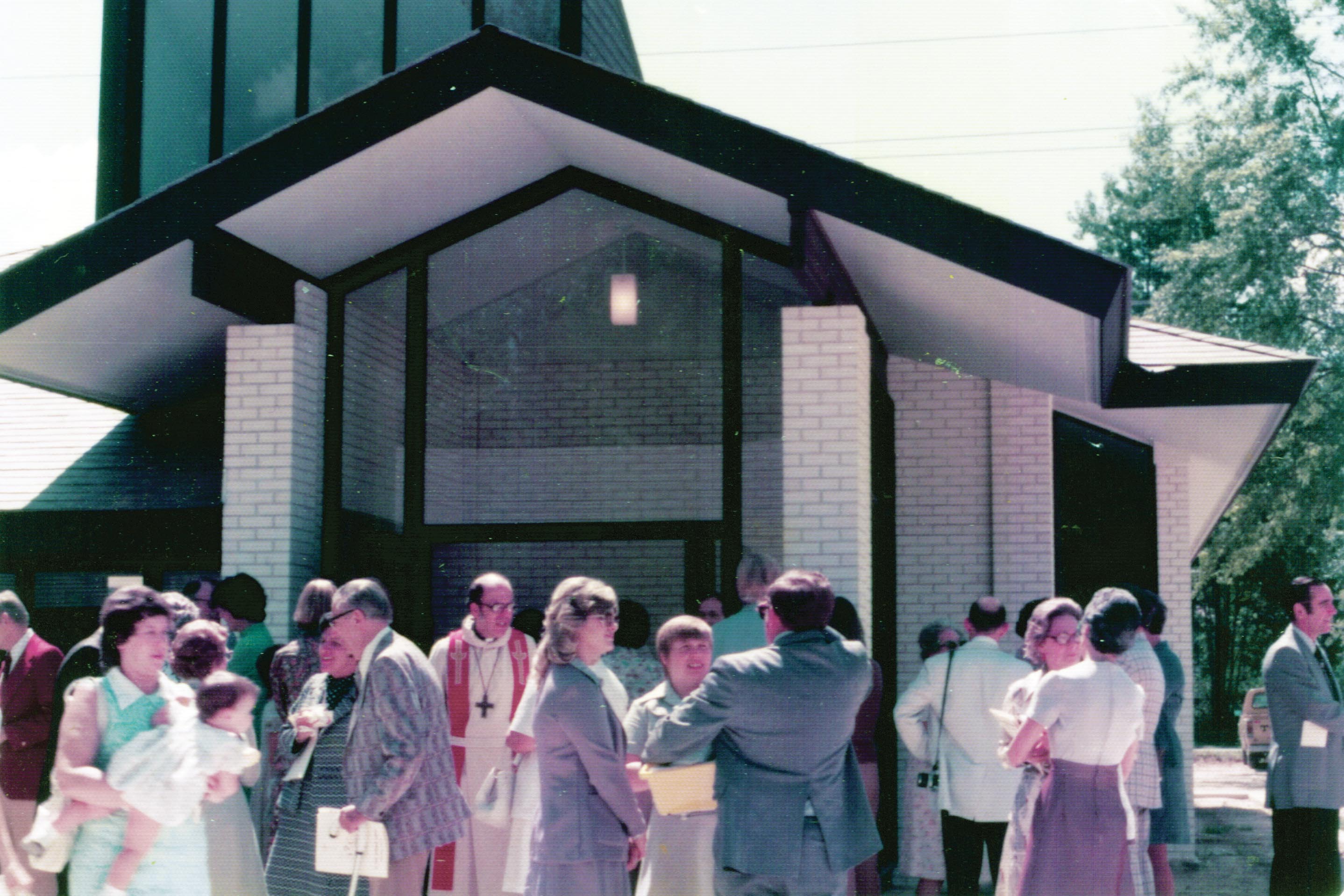 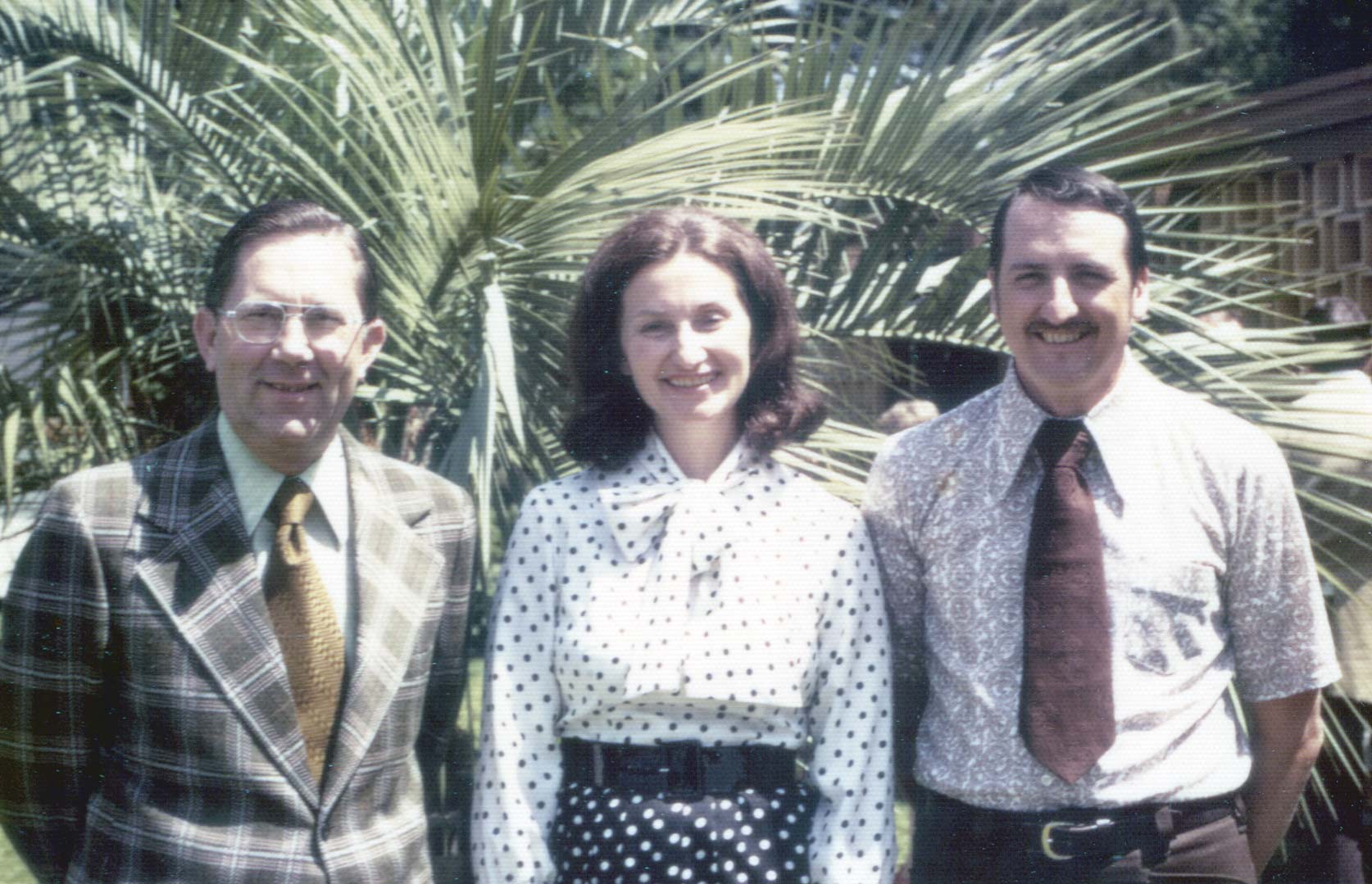 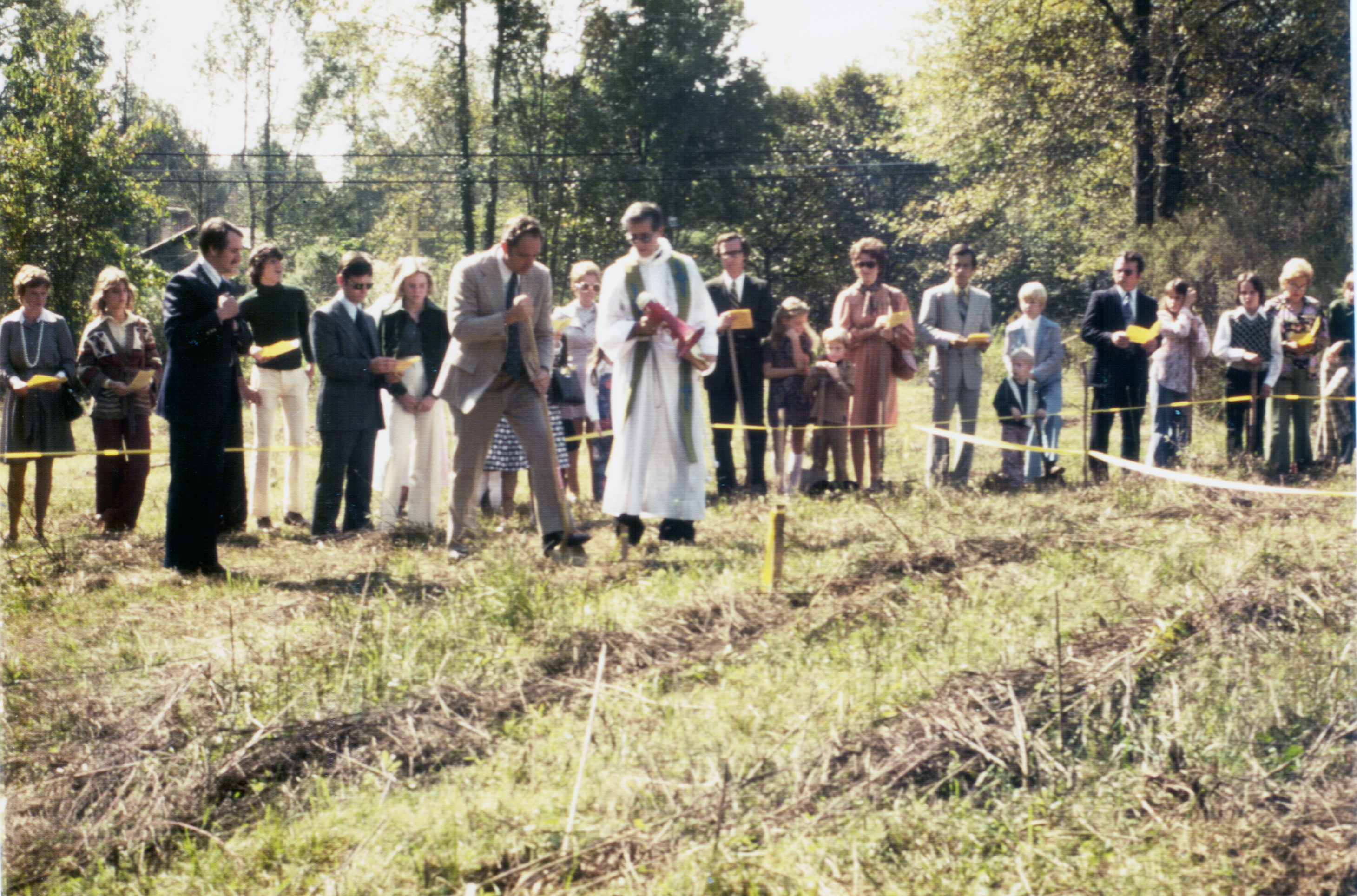